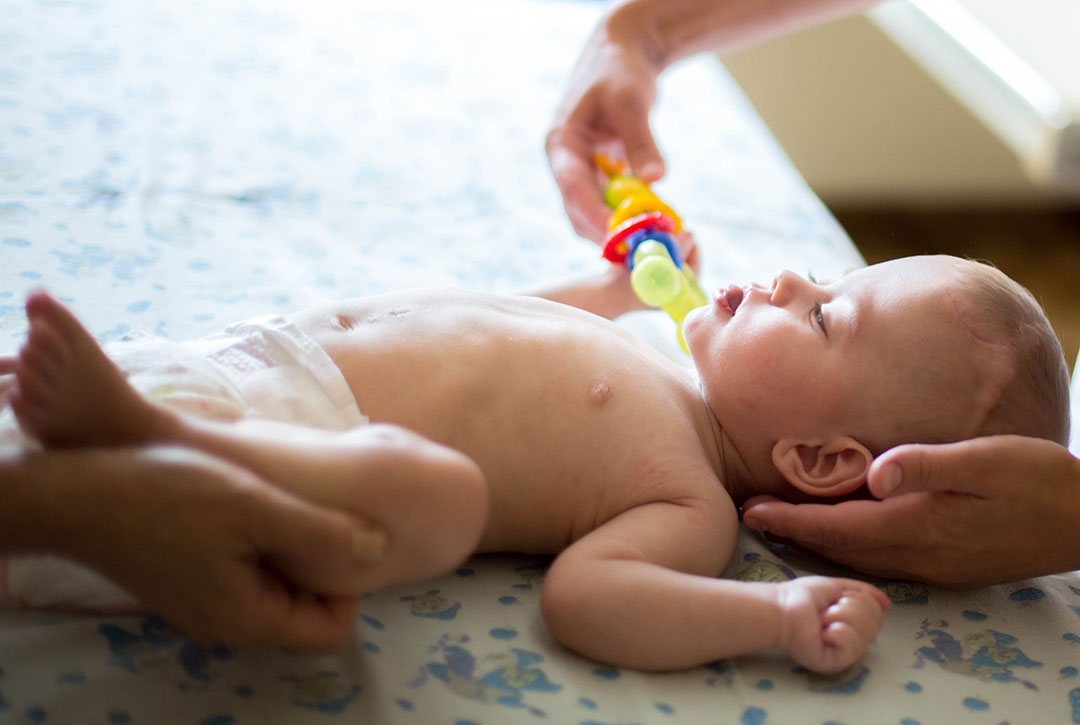 The Early Rehabilitation Program (Early Intervention Programme) is a modification of the Kozyavkin Method, adapted to the characteristics of one-year-old infants. The incidence of diseases in newborn babies has increased quite substantially in recent years. The number of patients in the risk group has grown; 70-80% of them will be affected by central nervous system lesions of different severity in the future.

Our experience in rehabilitating over 40 thousand patients with cerebral palsy and organic lesions of the nervous system from many different countries convinced us that it was important to start the rehabilitation process as early as possible.

The Early Rehabilitation Program is aimed at overcoming motor, mental, and speech development delays, which are caused by perinatal lesions of the nervous system during pregnancy, childbirth, or during the infant’s first few months. The program calls for methodical and long-term collaboration between doctors and the patient’s parents.

This treatment targets children from three months to one year. The infant is brought to the Elita Rehabilitation Center in Lviv as an outpatient for an intensive treatment cycle lasting five days, and returns for treatment every month, if necessary. After one year, the frequency of treatment courses is established individually for each child, depending on the patient’s condition.

At each admission, the medical team conducts a therapeutic examination of the child and makes video recordings of his/her motor functions. The dynamics of the patients’ motor, mental, speech, and social development is evaluated according to two international tests – Denver II and PEDI.

During the patient’s stay at the rehabilitation centre, the parents are taught various rehabilitation skills, which should be used to execute the recommended tasks properly at home. Thus, treatment should be continued at home under the supervision of district doctors.

This complex early intervention creates a new functional state in the child’s body, which is clinically manifested by the normalization of muscle tone, enhanced physical activity, improvements in breathing rhythm, blood circulation, and tissue metabolism, which opens up new opportunities for the child’s motor, mental, and speech development.

Preliminary registration for a treatment course according to the Early Rehabilitation Program may be made after consultations with the doctors at the Elita Rehabilitation Center in Lviv or after an analysis of the patient’s medical records.